After succeeding in enslaving billions of animals, the worst happens. Forcing them to live in confined spaces where they can barely move or breathe, viral mutations begin, likewise the human animal is also confined and packed in jailties thus helping the viral storm.

This is all a direct consequence of the beast packing it’s heard, forcing them to live and breathe within each others filth.

But the dead thing is the master manipulator, it sends signals blaming the viral storm on its zeks, accusing them of having to much contact with wild animals and the wild.

The beast is indeed genial, now fingers can not only be pointed, but also the wild, its worst enemy, is also to blame.

Factory farming, one of the many bestial concentration camps are therefore not to blame, let the blame fall instead on the free animals it relentless tries to exterminate in his surroundings, along with the zek puppets who are misbehaving once again.

We all heard it plenty of times, anarchy is every man for it self, this is the general main stream concept of anarchy, in fact its a misconception and it is intentional.
Intentional because it has been pushed for over a century now, this image of anarchy as something absolutely chaotic.
Its a political distortion of the word anarchy, since anarchy is what every politician in the entire political spectrum from the extreme left to the extreme right most fear, they all have to defend the state because When anarchy triumphs they will all lose their status, or any status, power and money, the stakes for all politicians in general are very high, so even if some of them know the concept very well they will always lie with they’re full set of teeth.
Unfortunately its a very easy misconception to spread because most people don’t quite understand whats anarchy and they are deliberately blocked or given a chance to fully comprehend what it is, similar to children born in prison out of convicted mothers, they have no clue of the outside world, and so they are kept. Also even the most innocent people will unknowingly carry this misconception with them, it is like brainwashing baby’s, meaning the starting point is already manipulated and then you still get indoctrinated with lies and misinformation about anarchy.
And sometimes it is hard to see ones name being dragged thru the mud, when you stand for good for everyone.
Always remember when a politician speaks or mentions anarchy it means the exact opposite of what will come out of his devious authoritarian mouth.
Anarchy is not chaos and destruction, is harmony and construction.
Anarchy stands for total freedom, politicians don’t want it and people don’t understand it.
Therefore it would be perhaps a good ground work to demystify the anarchy misconception on the street approaching normies and/or the general public.
The lie can’t go on.

Fellow XR’s while it is important to find practical immediate solutions to slow down climate change, since we are past the point of no return, it is even more important to understand how humanity messed up so big and got us here.

In fact this abrupt abnormal global warming is only a symptom of a much bigger problem which we need to address in order to avoid committing the same mistake all over again in the future.

Its the wake up call, the opportunity to look in detail what really went wrong, you know, the planet will fix itself after we’ve left which doesn’t mean we are useless, otherwise we wouldn’t be here in the first place.

So what do we really want ? to fix the global warming ? and then what ?
I think we can all agree that it is never enough to fix the superficial aspect of a problem. Problems need to be fixed on the root cause.

Now i will try to describe what i have observed, read and debated with others.
What happened is, among other things, that we have been fighting nature for millennia, we haven’t respect the land and its inhabitants, instead we have put ourselves in a higher position then land and animals isolating ourselves from them. By the way that’s the first step to start disrespecting ourselves and to lose notion of whats important.

Furthermore by living in a city, individual autonomy and self sustainability greatly declines.

Now we start to get on each others creating divisions and means of control, and here is the thing, we are a social species we can’t live in isolation, yet that is exactly what happens in cities, with an extra help of good old technology.

And technology now plays a massive role on industry creation and the reason why we scavenge and destroy the insides and outsides of the planet.
All sorts of mental illness develops inside cities and now we have lost sight of the core problem.
By now we are inside a massive snow ball gaining momentum towards….NOW.
The search for rare earth and other minerals is relentless, cities need to be fed, the bigger or more compact they are the more they’ll need.

In short:
Population reduction, desmanteling/destroying factories and industry, reducing consumption in general but in particular of tech devices, avoiding technology and getting away from cities is the only real long term  solution to avoid repeating history all over again.
Any technological solution will usually only generate more industry and earth scavenging.
Its an enormous task, yes, and i don’t expect seeing it dealt with anytime soon.
But its imperative to have this present in our mind as we try to find short time solutions.

Where can i start…
A fucking elitist summit where you pay around 1000Eur a ticket,
that says it all, so a few that can pay 1000Eur are going to
find answers to fix the planet and everyone else, how much
blind can that be ?
How much big of a detachment from reality can this people be in,
and you wonder why is enaquality in the rising, this is the new wave
of Techno Fascism, ou Tecno-Fascismo, um amontoado de filhas da
puta a querer direcionar as vidas de milhões sem respeito por ninguem.
The websummit is not only immoral is an insult.
Is there anyone with a match ? please ?
The only purpose is to generate income at the expense of the larger
population and planetary resources.
Please, Let the Mother fuckers Burn.
If there is a definition of arrogance this is it.

And so you either blindly keep on swimming in challenges or you realistically reach the conclusion something here is not right. 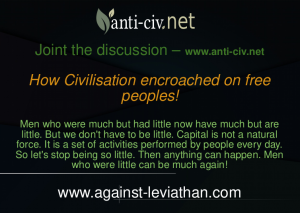 Also found this perps free from their digital enclosure: 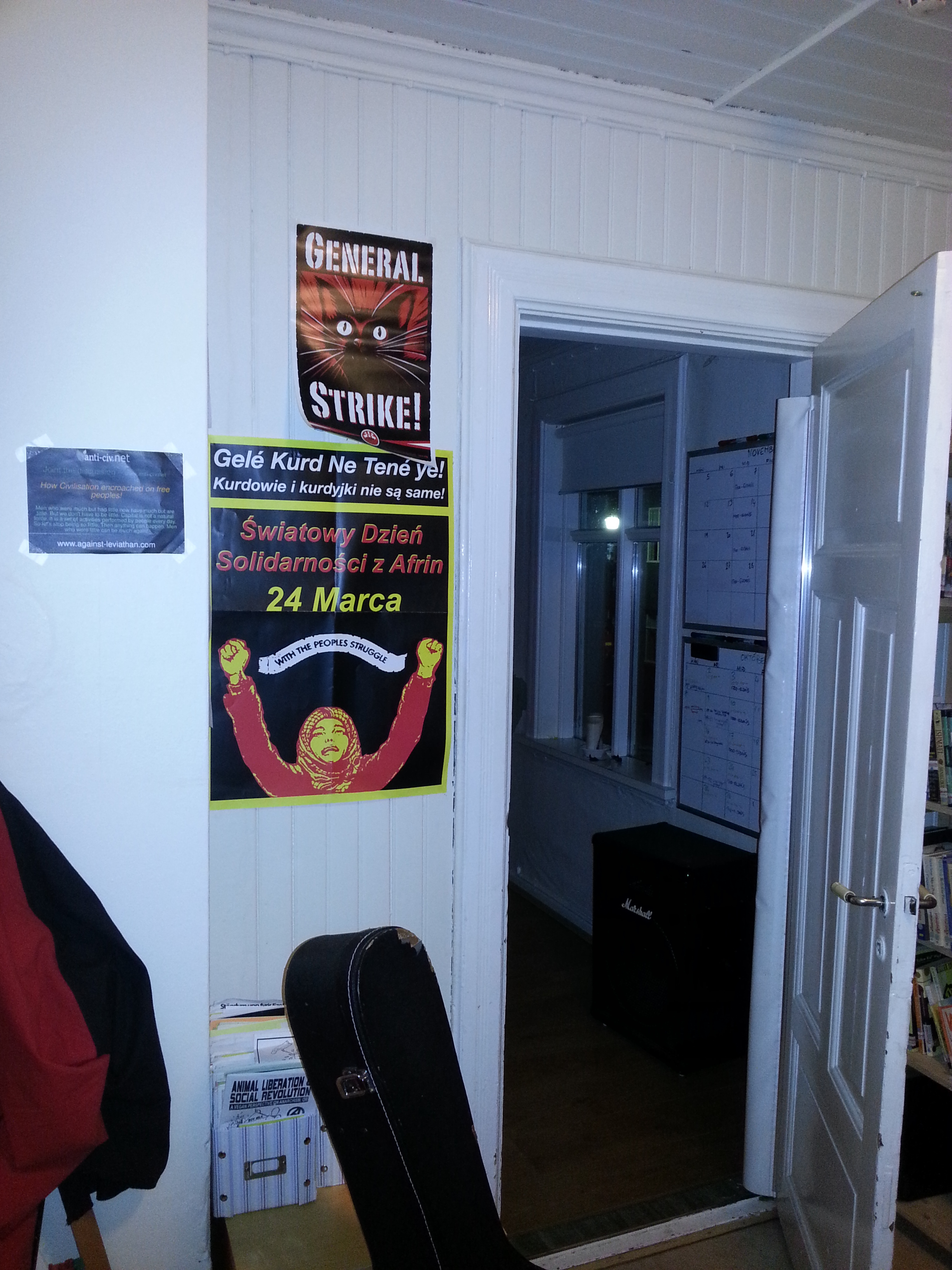 There he is shy to the left.

Humans don’t chose what they eat nor they get it themselves, they get it from the shop not for convenience but so they don’t lose time and can focus only in their modern swl(slave wage labor), in the process their body’s are controlled by the non-food they put in their body.
This is a leviathanic cycle AKA closed vicious en-jailing circle or even, The circle of death and deceive.
Since most time of their life time is consumed with swl, humans can’t eat they can only be fed, they are then fed with the wrong fuel for their type of vessel which makes them sick, sicken the body and the soul will follow.
Medical propaganda then says disease is natural and allied with big pharma comes up with a solution, synthetic drugs, obviously this doesn’t cure anything on the contrary only prolongs the human slow agony with the now newly created, chronic diseases.
They find themselves spending a lot of their, fake virtual wage in pharma and as their vessels grow older disease also grows so does the monetary expenses for more pharma the only thing going down is their, fake virtual wage because, irony, they can’t produce as much as they used to when the vessel was in better shape. And so in the end they are discarded to make room for the next generation, not until they are sucked dry of anything of value to civilization.
So human domesticated life serves the only purpose of feeding civilization in its exponential growth, there is no real benefit for humans, they are just little pieces of machinery.
Sure humans live longer now thanks to technology but it is so they can continue to produce longer, no surprise then that when life expectancy grows so does their swl sentence time and they also live longer in sickness.

As the beast consumes all living things in its path the most defenseless are the most horrible treated, we have the example of factory farming, the most disgusting exploitation of something alive, billions of animals are mere objects discarded every single year, their body parts are treated like components, they will feed the monster in its exponential growth ad infinitum.
Other animals are displayed in cages as they cannot be easily domesticated others used as pets, all this to further domesticate zeks but above all to generate more work with all the industry and skilled work it generates this of course creates a sort of feedback loop again to feed and expand the beast.
This is total madness now animals are forced fed their brothers and sisters some of them with the wrong fuel, food their body’s didn’t evolve to take at least not in such big quantities.
Next with the advent of robotics and AI(artificial intelligence), the beast will have no purpose for such a big human population except maybe for a selected few, the rest will be most likely the next factory farmed animals at least until the machines get to outperform humans fisically in every single aspect.
Yes that is right the matrix movies are not at all that far fetch.
It is not so much that machines will take over is more like civilization will use machines to replace humans and/or use us exactly like cows chickens and pigs are used today, besides that the beast already uses us as cogs and levers to be able to move around.